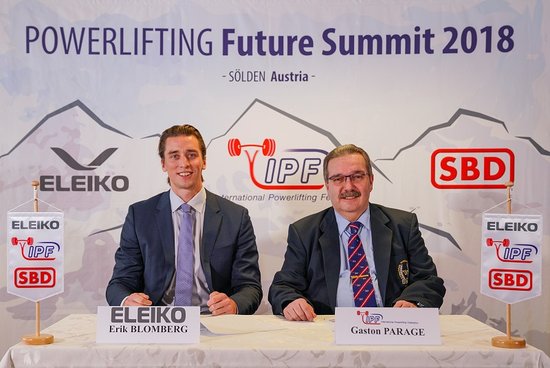 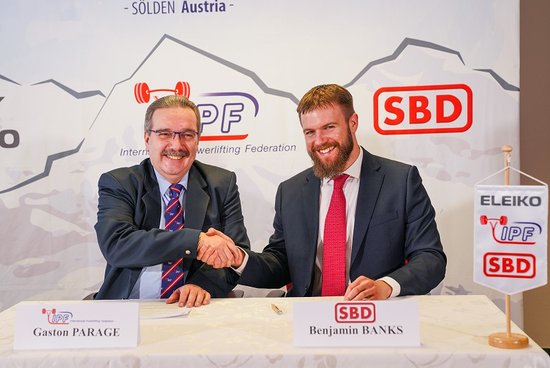 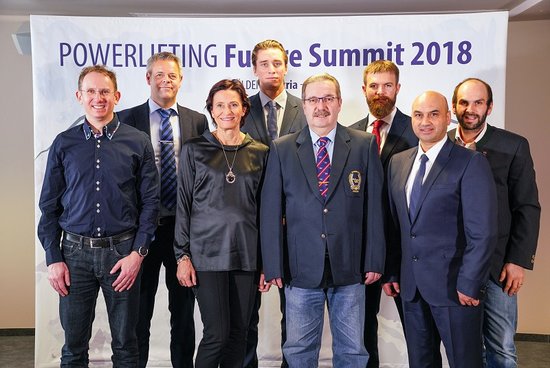 January 2018 - Representatives of the IPF and their VIP Partners, Eleiko and SBD met in Sölden, Austria for talks about the future of Powerlifting and to sign new contractual agreements. The increased collaboration and financial security that the long-range contracts bring, guarantees the IPF’s continuing strong presence in the world of sport and therefore creates the environment for mutual success for the Partners.

The IPF maintains its main focus on the achievement of IOC recognition, however there are other goals such as membership in the Commonwealth Games, cooperation with the International Paralympic Committee, participation at multi-sport regional games such as European Games, Asian Games, Pacific Games, that the IPF is now poised to achieve.

Signing of the partnership contracts also assures ongoing funding for costs associated with the employment of vital staff and contractors working within the IPF on marketing, media, online event streaming and administration.

Discussions around future cooperation between the IPF and its Partners focused on media collaboration, improving global corporate image and an enhanced presence at SportAccord conventions.

Statistics – Growth of unique visitors to the IPF webpage:

Growth of the following on the IPF Facebook Page:

There was unanimous agreement that media success creates immense mutual benefits for the IPF and its Partners and collaborative work will yield the greatest results going forward.

Ensuring a consistent professional corporate image at World, Regional and National championships was discussed with a view to prioritise support to regional federations to achieve optimal promotion of the IPF and its Partners.

Enhancing its presence at SportAccord the premier world sporting convention, is one of the IPF’s major aspirations. Professional representation there optimises the sport’s visibility and affords vital options and networking with a multitude of federations and representatives of the IOC, IWGA, and the IPC.

Summit discussions produced guidelines regarding the creation of a high-calibre promotion booth at the 2018 SportAccord convention in Bangkok to order to enhance opportunities for the Partners to acquire contacts with potential new customers, whilst promoting our sport in this vital arena.