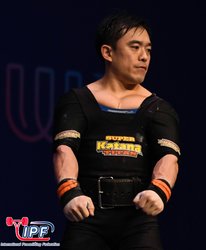 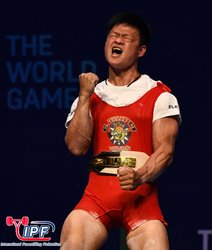 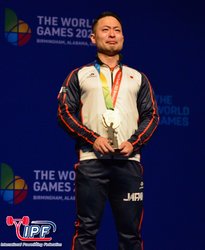 In the second session of Day 1 at The World Games 2022, the 59kg and 66kg classes lifted together as the lightweight class. At The World Games we have fewer weightclasses and the competition is scored on GL points.

Yusuke Satake of Japan led from the start, opening with a 300kg squat, with Ecuador’s Franklin Leon and France’s Hassan El Belghiti just behind with 270kg and 285kg respectively. However, Satake and El Belghiti both missed their second and Leon closed the gap with 280kg. In the third round of squats, Satake hit the biggest squat of the day at 310kg but Leon went 3 for 3 with 290kg, putting him only 0.06 GL points behind.

Hsieh pulled himself into the lead with his first deadlift of 250kg. Satake hung onto second with 250kg and world record holder El Belghiti moved up to third with a huge 300kg pull. All three were successful with their second with only 2 GL points between them so it came down to the final deadlift.

Satake came out first and hit a comfortable looking 265kg, moving him up to first. Hsieh was next to pull 295kg for the win – it came up fast but the lift was turned down two to one - even 315kg from El Belghiti could not improve his position so The World Games gold medal went to Satake – an emotional win for him.