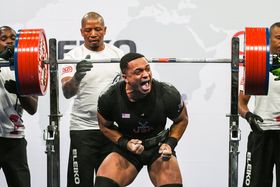 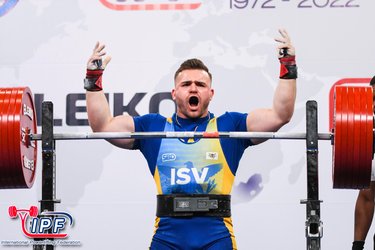 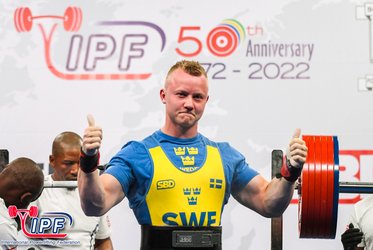 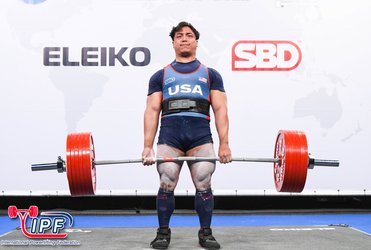 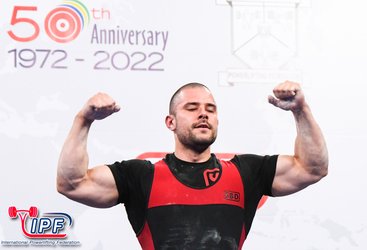 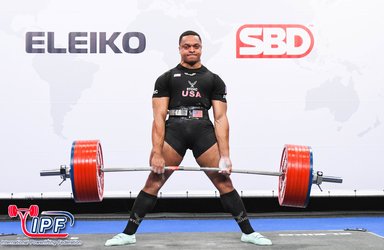 The 93kg A group lifted back to back with the 76kg women and, although they had a lot to live up to, they matched the women’s class for drama and excitement.

Amar Kanane of Algeria opened his squat with 310kg and moved up to 322.5kg for his second. USVI’s Gavin Adin wasn’t far behind, looking strong under 305kg and then 320kg. Both attempted the world record but it just wasn’t there on the day. Meanwhile, Chance Mitchell’s title run got off to a shaky start when he missed his opener on depth but strength was not an issue and he went up anyway. A risky move but one that paid off and kept him in touch. Last year's silver medalist, Gustav Hedlund of Sweden, looked very strong and fired a warning shot with 317.5kg to take the squat bronze.

Bench was always going to be where reigning world champion, USA’s Jonathan Cayco, took charge. After two easy looking benches, he pushed his own world record up half a kilo to 238.5kg. This catapulted Cayco into the lead but Bulgaria’s Emil Krastev wasn’t far behind, benching 227.5kg for the silver and taking second place overall.

Cayco maintained his lead with his 317.5kg opener and Hedlund gained some ground with 330kg, moving up to second. Mitchell faltered again, missing his 352.5kg opener – it was super fast but he gave it a bit of a wobble at the top – downward movement of the bar, no lift.

Undettered, he once again went up for his second with nothing on the board. This strategy paid off once more and he took the deadlift world record with 373.5kg and moved right to the top of the table. Cayco hung on with 335kg, staying within reach of Mitchell, only 5kg back. Hedlund slipped back to third with 340kg but was under huge pressure from Krastev just behind.

Tension built as we moved into the third and final round. Adin was first out and, incredibly, he succeeded with 335kg where 320kg had failed and he moved ahead of Hedlund and into third place. Krastev was next and he made short work of 342.5kg to take second place. Hedlund tried 350kg to move onto the podium but couldn’t get it moving. Cayco attempted to pull for the win with the same weight but it stalled out at the knee and Cayco’s perfect run was at an end.

Germanys’ Sascha Stendebach made a valiant but ultimately unsuccessful effort to retake his deadlift world record with 373.5kg, leaving only Mitchell, already world champion, to come out for his third. 383.5kg went on the bar and Mitchell rocketed out onto the platform. The bar didn’t go past his knees but the crowd loved him coming out for it. Cayco finished in bronze medal position behind Krastev and a new era began.

Full results are here and you can watch the session again here.