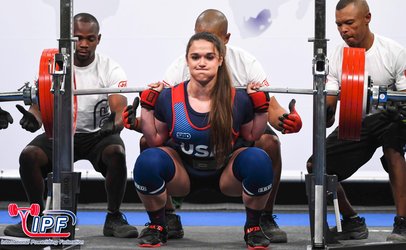 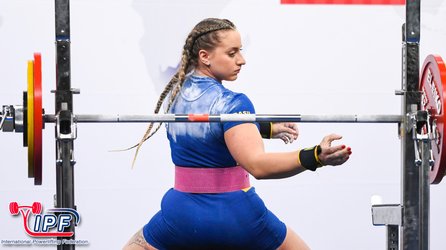 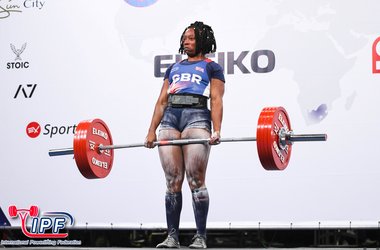 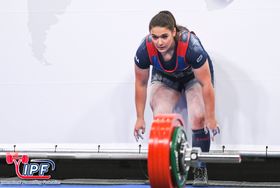 USA’s Amanda Lawrence has been best lifter overall at the last two Classic World Championships – she also holds the world record in squat, deadlift and total. Until this week, she had the biggest raw deadlift amongst IPF women but that crown was taken earlier in the week by Jessica Buettner of Canada.

No surprises as Lawrence pulled out a lead on squats and the field began to spread out. Kristin Thorshalldottir of Iceland squatted 230kg for a European record and the squat silver with Canada’s Danielle Philibert some distance behind with 202.5kg.

Lawrence struggled on bench, only getting her opener but her lead was not diminished as Thorhallsdottir could only match her 120kg press.

Lawrence’s opening deadlift gave her a 600kg total and she was far enough ahead to be sure of the win and Thorshalldottir was safe in second. The final podium place was hotly contested though with less than 10kg difference covering the next four lifters. Philibert pulled first and moved ahead and attempt after attempt failed to take the overall bronze from her.

In the last lift of the session, Lawrence attempted a new world record of 263kg – not only a world record but this would give her just enough GL points to take the best lifter award from the French phenom, Tiffany Chapon. Lawrence charged out onto the platform and the crowd shouted its support. The bar broke from the floor and shot nearly to lockout. Nearly but not quite and she had to admit defeat.

Nevertheless, Lawrence joins a select band of elite athletes who have taken three back to back world titles and I’m sure she will be happy with that.

Full results are here and you can watch the session back here.