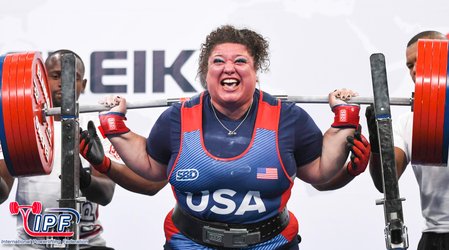 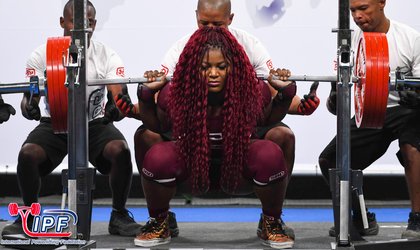 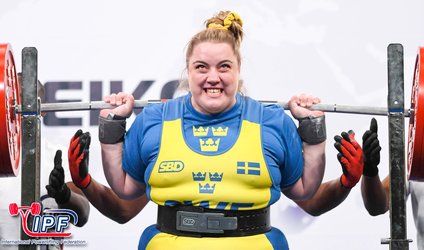 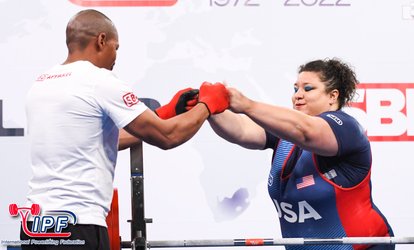 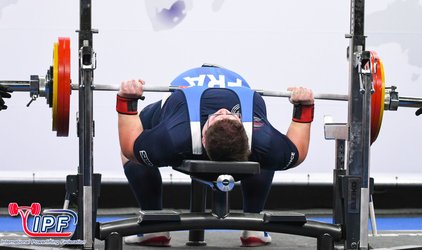 Day 6 of the World Classic Powerlifting Championships was Super Saturday and the 84+kg ladies gave us a squatting masterclass with barely a missed lift.

The returning superheavyweight queen, Bonica Brown from USA, was on form and no-one was surprised when she led from the start. She opened on 255kg, nearly 20kg above any one else and ultimately squatted a comfortable looking 273.5kg to extend her own world record.

There was a tight battle behind her though with the two Swedish lifters, Emelie Leach and Anna-Lena Bellqvist, jockeying for position with Amelie Mierger of France. They all went three for three with Leach taking the silver from Bellqvist on bodyweight with Mierger only 5kg behind.

Mierger went in hot on bench, opening on a world record of 158kg. Her second at 163kg didn’t look much harder but 166.5kg for her third was a step too far.

Sonita Muluh came into her own on deadlift, to the joy of a huge crowd of local people who had turned out to support her – they entertained us with an impromptu dance and drum session in the break and their energy filled the hall. 252.5kg was so close on her second but she couldn’t quite lock it out.

Deadlifts have long been Mierger’s nemesis – this is not unusual with such a big bencher – and she only got her opener which took her out of contention for the big prize. Last year’s world champion, Brittany Schlater of Canada, pulled herself up to fourth with her opening deadlift but her grip went on her second pull and she couldn’t move up.

As we moved into the third round, Brown was comfortably in the lead but not so much that she could take her eyes off Leach. Brown pulled first and stood up a shaky 247.5kg. Initially given two to one, it was overturned by the jury for downward movement/supporting. Schlater attempted 260.5kg for a new world record and third place but it didn’t move far, leaving her in fourth.

Full results are here and you can watch the session back here.