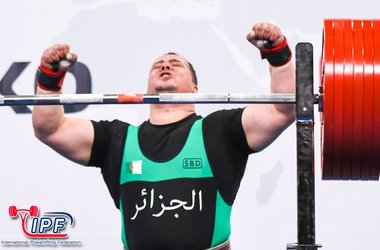 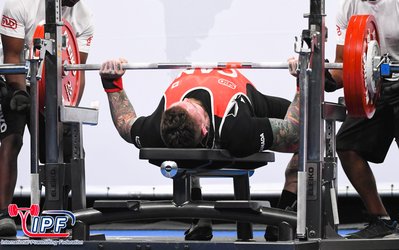 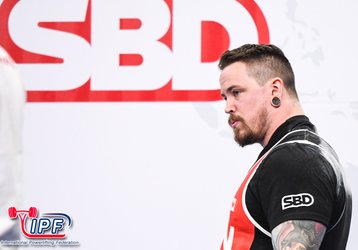 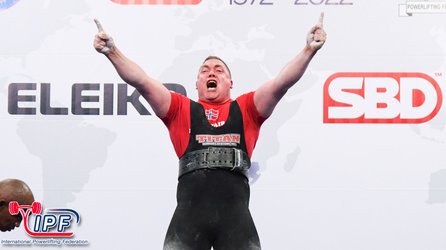 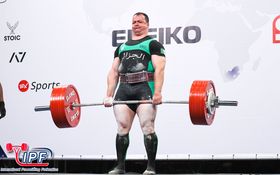 The 120kg class made up half of the final prime time session of the classic world championships and things did not run according to plan.

Erik Willis of Canada was nominated in second place but he missed his first two squats, upsetting his game plan and putting a dent in his championship fight. Algeria’s Mohamed Sahad impressed though, nailing all three squats and taking the gold with 365kg. Francois Maritz of South Africa took the silver from the B group with 340kg and hot favourite Enrique Lugo fell behind a little, missing his opener but 340kg was still enough for the bronze medal in squat.

The day started to turn around for Willis on bench, taking the gold with 235kg but this was still only good enough for 8th overall. Lugo took the silver with 230kg moving him up to second place.

The top two positions remained unchanged after the first round of deadlifts with Sahad leading Lugo by 15kg. Willis looked good with his opening pull of 330kg but it was the only one he got on the board and he slipped further back with every round, ending up in 9th – a shocking result and there was some speculation as to whether the cut back down to the 120kg class affected his strength.

Krawczyk however seemed to find his stride, moving up to overall fourth with his first deadlift of 357.5kg. In the final round, only two men hit their last deadlifts. France’s Nicolas Peyraud added 25kg to his second attempt and came out for an ambitious 350kg. That ambition was rewarded as he moved up to the bronze medal position. Carl Petter Sommerseth of Norway was next, having added nearly as much. 360kg seemed unlikely but it barely slowed and Sommerseth bumped Peyraud off the podium and took the step for himself.

Krawczyk attempted to extend his own deadlift world record and take the bronze but it didn’t pass the knees and he had to settled for the deadlift gold.

Lugo got 352.5kg to the top but couldn’t get his shoulders back and the lift was turned down, confirming Mohamed Sahad of Algeria as the heavyweight world champion.

Full results are here and you can watch the session here.