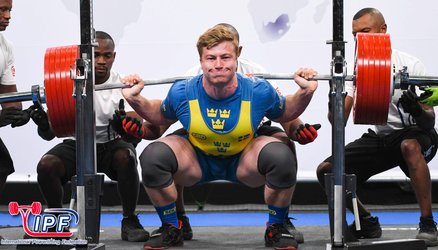 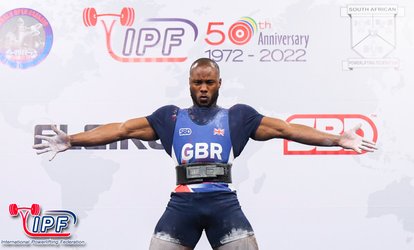 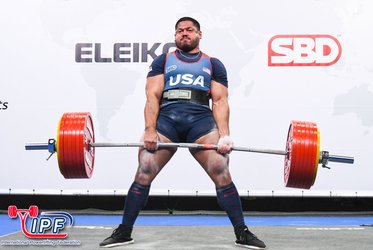 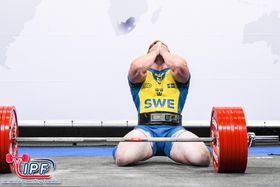 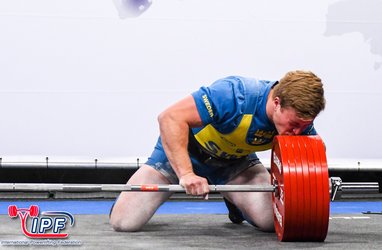 The 105s got off to a shaky start when two of the contenders, Emil Norling of Sweden and Corentin Clement of France both missed their opening squats. We soon got back on track though with Norling squatting 337.5kg for gold and USA’s Michael Davis looking very comfortable with 330kg for the silver.

Davis took advantage of Norling missing his third bench and moved into the lead, taking the bench gold in the process. Davis was starting to look untouchable, all his lifts easy. Abdulla Mohamed of Libya took bench silver, moving past Norling on bodyweight and Abdul Sulayman of the UK took bronze.

Sulayman, who had opened at 322.5kg, asked for 360kg for his second and what a showman, demanding support from the crowd and looking like he was having the time of his life. He pulled the deadlift and moved up to fourth place. Davis took the same weight and it was fast! But disaster struck when it slipped out of his hands.

Clement was out next but he did not get another deadlift on the board and he dropped out of the championship race. This opened the way for Norling who looked confident with 362.5kg and, finally, he re-took the lead.

Into the third round of deadlifts and we could not have asked for a better deadlift battle. Davis tried 360kg again and hit it, giving him a 910kg total and the lead back. Sulayman was next out for a phenomenal 372.5kg – the crowd loved the young Brit’s energy and went crazy when he got it, taking overall bronze and, incidentally, breaking the British records in deadlift and total and making his mark as one to watch.

One pull left – Norling was the heavier lifter so needed 912.5kg to win. With only one option open, he had 377.5kg loaded onto the bar. It was a tough pull but he did it and stepped back to wait for the referee’s decision. Two to one a good lift and Emil Norling dropped to his knees and kissed the red plates, finally open world champion. What a phenomenal session.

Full results are here and you can watch the whole session here.