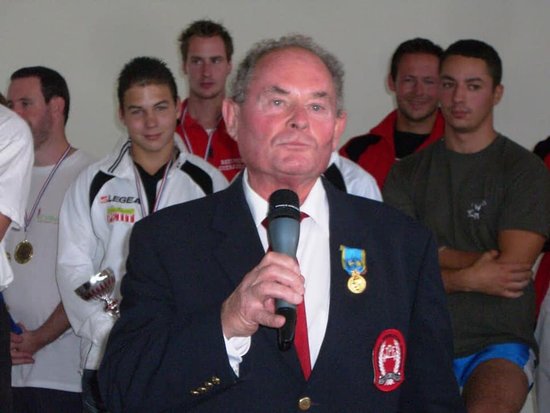 Today we received the sad news that Rene Nicoleau from France passed away. Rene was a former high-level athlete in gymnastics, Weightlifting and Athletic Force, he was also the coach of several clubs in the area. Referee Internationaly, he was repeatedly responsible for delegation in international competitions with teams from France de force.Regional and Zone Manager for the Force for many years in the former federations, he was also responsible for national referee.

Renowned by his sporting friends he was also recognized by the national bodies including:
- Knight of the National Order of Merit.
- Gold Olympic for Youth and Sports.
- of the centenary of the Weightlifting

On behalf of the IPF Executive committee we send our deepest condolences to his family and all his friends over the world.
Gaston Parage
IPF President