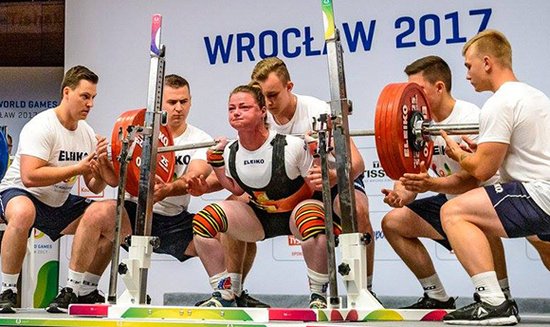 According to the 2021 adopted new constitution, the IPF Executive Board appointed at its last meeting Mrs. Tetiana Melnyk as the Female Athletes Speaker with full voting rights to the Board.

This is another step to strengthen the role of female officials in the Federation, as Mrs. Melnyk is now the 5th woman serving in one of the highest positions in the IPF.

"I  am very delighted and honoured that the IPF appointed me for this position and I am full aware of the importance, responsibilities and the duties which are going along with the role as Female Athletes Speaker“, Tetiana said in her first statement and she continues "What makes it really important to have a women speaking for the female lifters in sport is that I realise, especially women feel much more comfortable to come up with concerns or problems to another women instead to a man. With filling this position in the EC, I want to make sure that women’s matters will be handled with the highest priority in the IPF“.

Tetiana Melnyk was born 1985 in Ukraine and started powerlifting in 2003. She is a very high decorated and still active lifter. Mrs. Melnyk is a 2 times silver medalist at the World Games, Multiple World, European and Ukrainian Champion and a 5 times World as well as 7 times European Record holder in Bench Press.

Additional to her merits as an active athlete, Tetiana is also serving as Secretary General of the Ukraine Powerlifting Federation since 2012, Head of UPF Technical Committee and Member of the IPF Women’s Committee since 2016. To complete Tetiana’s bio, she is also an IPF Category 1 Referee since 2011.

The IPF President Gaston Parage welcomed Mrs. Melnyk in saying "This is another important signal in the IPF to show Gender Equality on all levels and the IPF is proud to have such a capable and charismatic person on board. I am sure that Tetiana will leave positive marks with her work in and for our sport. The whole IPF Family wishes Mrs. Melnyk all the best and of course she will receive all support she needs, Mr. Parage closes."