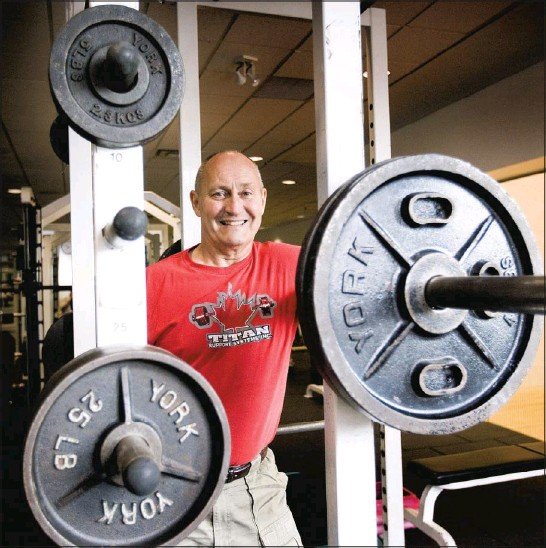 We’re very sad to report that Mr. Glyn Moore from the Canadian Powerlifting Union (CPU) has passed away. We received this Memoriam today from Mr. Mike Armstrong and Ms. Linda McFeeters.

“Glyn Moore was a dyed in the wool equipped powerlifter that was not hesitant to welcome classic lifting and the ensuing growth of the sport.  Within the province of Ontario his team, the Niagara Powerlifting Club, hosted an annual meet that was the most sought after entry form of any across the province.  On what would have been the 20th annual Niagara Powerlifting meet, Glyn and his wife Marlene had to cancel due to the Covid outbreak last spring.  Among his accomplishments within the sport he was the current Records Chair for the OPA, past President of the Ontario Powerlifting Association, Record Holder of all levels, from Provincial, National to International, CPU Athlete of the Year, meet director for several Ontario Provincials and Canadian National Championships as well as 2011 IPF Master Worlds.  Glyn most recently received his IPF red tie, CAT I Referee designation at the 2019 Commonwealths. Glyn had an affinity for numbers and spreadsheets and enjoyed collaborating with some of the best minds in powerlifting to establish qualifying totals, record standards and strength calculations.  He was never one to back down from what he thought was in the best interest of powerlifting and was quick to offer guidance to any lifter or budding meet director.  Glyn passed away on his 70th birthday, doing what he loved - training in the gym. He is survived by his wife Marlene, daughter Andrea and his extended family in Canada and Wales.  He will be missed internationally but mostly within the close circle of his Niagara Powerlifting family.”

On behalf of the IPF Executive Committee, the Member Federations, the athletes and officials, our sincerest sympathy and condolences go out to his family, friends and to the Canadian Powerlifting Union. Glyn was a friend to everyone, and he will be dearly missed by all who knew him. May he rest in peace.

With the deepest respect,