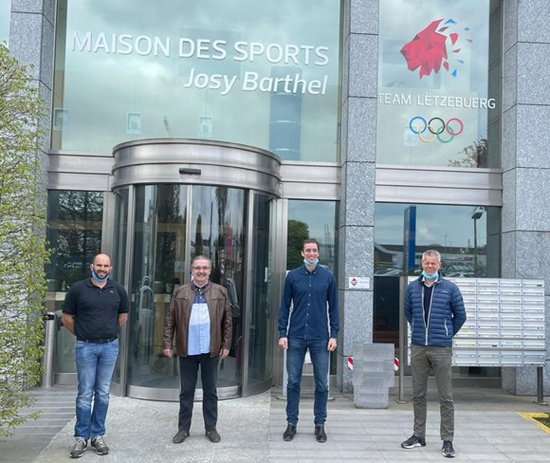 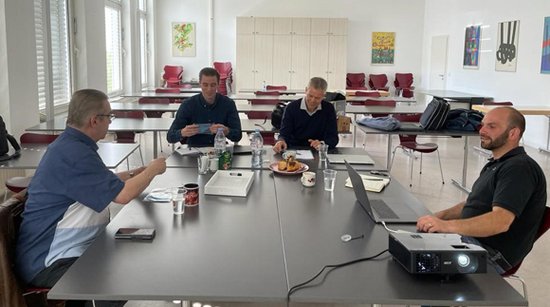 On May 3rd, the leadership from the IPF VIP Partner ELEIKO visited the IPF Headquarter in Luxembourg.

The purpose of the meeting with IPF President Gaston Parage and IPF GM Emanuel Scheiber was to discuss several topics like the current pandemic situation in the world of sport and in which way it affects also the IPF.

ELEIKO CEO Erik Blomberg pointed out that it is of highest importance for the company to see in which way the IPF will manage this critical time. "ELEIKO is dedicated to the sport of powerlifting and feels close affiliated to the IPF. Therefore it is in our highest interest still supporting the federation during this difficult time and making sure that the IPF is still able to operate with full capacities to ensure that the projects and goals of the federation can be achieved", Erik Blomberg said and ELEIKO Vice President and Sales Manager Andreas Andren added: "ELEIKO is a proud partner of the IPF now over more than 12 years and we will still continue to have a close cooperation with the leading federation in powerlifting worldwide".

The representatives of both parties talked about several projects which were initiated during the last two years to lift the IPF on a higher level. One major project is the cooperation with CCES, to have the whole anti doping work in independent and professional hands. But also in terms of sustainability, gender equality and athletes safeguarding the IPF is very much engaged. To grow the sport on different fields it was also pointed out to be very active in terms of university sport and the cooperation with FISU as well as with its regional federations. Another future goal is to be involved in continental games like African Games, Asian Games, European Games, etc.

IPF is currently applying for membership in the Master Games, which will give the Master Athletes a great opportunity to compete in a multisport event.

IPF President Parage pointed out: "The IPF is really happy to see the huge engagement from ELEIKO to support our sport and our federation. All projects we are working on would not be possible without such strong partners" and he concluded the meeting "We are very confident to manage these difficult times in the very best way together and we are looking into a bright future for the IPF".