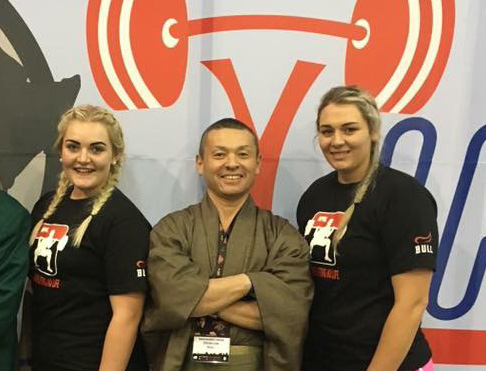 With the new agreement Zaoba Bull will also intensify its engagement in the IPF with upgrading from a Bronze to a Silver Sponsor, which will give Bull more presence on IPF Championships. In addition to the higher visibility on World Level, Zaoba Bull will also support the IPF and its regional federations in terms of University Sport with providing full equipment for the lifting platform on 2 regional University Cups every year.
IPF President Gaston Parage says: "The IPF is happy to see that even within this difficult time, the IPF partners are showing their commitment to the federation. In the name of the IPF I want to thank Zaoba Bull for their tremendous support in signing this new partnership agreement“. Parage continues: „With having Bull equipment on the lifting platform of 2 regional University Cups in the next 4 years, it gives Bull another opportunity to be present in the very best way and the regions will be supported with first class equipment“.
President Hada from Bull said: „With signing this new agreement with the IPF, Bull aims to expand its business world wide"

Zaoba Bull was founded 2005 in Japan as a symbol of strength. In 2016, the „Bull“ Bar, Discs, Collars and Powerlifting Rack received the IPF approval. 2019 Bull was used as official training equipment in the camps of the the Rugby World Cup.